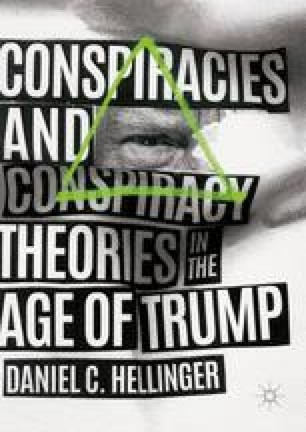 Dark Money, political expenditures that are veiled by exemptions from disclosure rules, is not just one more manifestation of the inadequacy of regulation of campaign finance rules, but denotes a sphere of politics in which super-wealthy elites engage in operational conspiracies not only to influence elections but also to reshape political culture. Recent investigative reporting and academic research on stealth campaigns and projects by the Koch brothers and other billionaire families uncovers a pattern of activity on their part that fits the definition of conspiracy. However, the self-disciplining regime of truth (See Chapter  2) discourages authors and reviewers from naming these operations as such. Conservative critics, however, have no hesitancy about using “conspiracy theory” in attempts to discredit research uncovering these stealth operations, a case of using conspiracy panic in an attempting to place muckraking research beyond the pale of the regime of truth.

Dark Money Campaign Financing Stealth Operation Deep stateDeep State FBIFederal Bureau
These keywords were added by machine and not by the authors. This process is experimental and the keywords may be updated as the learning algorithm improves.
This is a preview of subscription content, log in to check access.