The External Sector of Africa's Economy 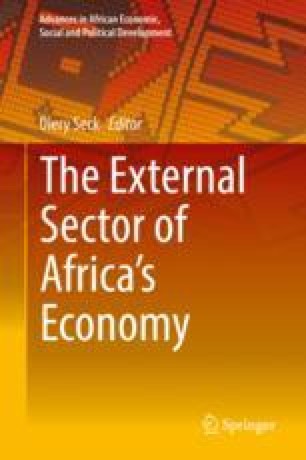 Since the 2008 financial crisis and the 2010 European debt crisis, and their impact on African exports, strengthening regional integration appears to be an alternative to building resilience to shocks and promoting economic development in West Africa. Experience shows that the debt crisis in Europe has negatively affected exports of several African countries. Similar effects have been observed during the recent decline in commodity prices. Given that countries of the Economic and Monetary Union of West Africa (UEMOA) are agriculture dominant countries with the share of agricultural value added to GDP representing between 20% and 46% of countries, boosting intra-region trade, specifically intra-WAEMU agricultural exports, can serve as a key factor for inclusive development in West Africa.

The inclusiveness of the development is strengthened by the fact that most of the population in West Africa lives in rural area and does not benefit directly from the broad economic growth at macro level. Intra-regional trade in agricultural products in such a condition could contribute to reducing inequality and poverty.

One of the constraints to trade in West Africa is the quality of transport and the related cost of transportation and logistics including non-tariff barriers that jeopardize competitiveness of West African products as compared to imported goods from outside WAEMU. Several goods imported from out of the continent, especially from Asia, Europe and America have been more competitive than the intra WAEMU products.

The main research question is the impact of distance (transport/logistical cost) and the level of development on intra-WAEMU agricultural exports. The paper analyzes the determinants of intra-WAEMU trade in agricultural products and therefore the variables on which policymakers could act to promote intra-regional trade. The analysis uses panel data in a gravity model over the period 1996–2013 covering seven (7) West African Countries with yearly data. The results indicate that the two gravity factors meaning the level of development measured by GDP as well as the distance are highly significant at 1% with the expected signs.

Regarding the four control variables namely population (pop), foreign direct investment (FDI), Political stability and the Common External Tariff, all of them have the expected signs but only FDI with 2 lags is significant. Similar to the core variables of the model, FDI is strongly significant at 1%.

As for the distance, a 1% increase in the distance leads to 0.8% decrease in intra-regional agricultural exports. This call for deeper actions at WAEMU level to modernize the corridors and reduce red tape and roads harassment.

As for FDI, 1% increase in FDI leads to 0.25% increase in intra-regional exports. This call for actions at WAEMU level to attract FDI in the agricultural sector for the exploitation of the abundant available arable land in WAEMU member countries.

We would like to thank Makhtar Gueye for excellent Research Assistance but all errors remain ours. 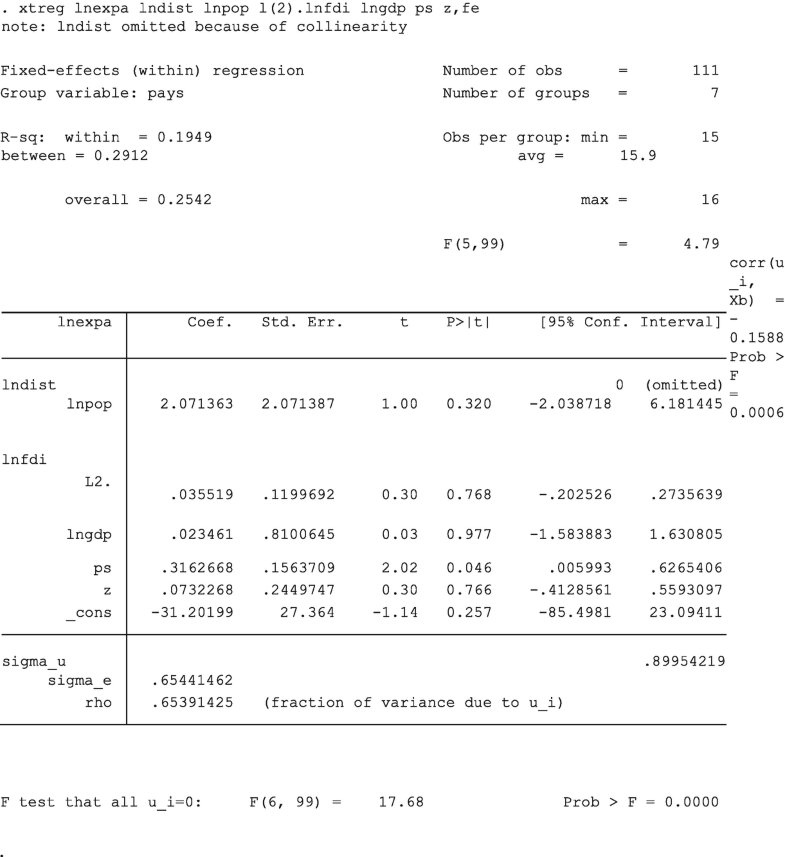 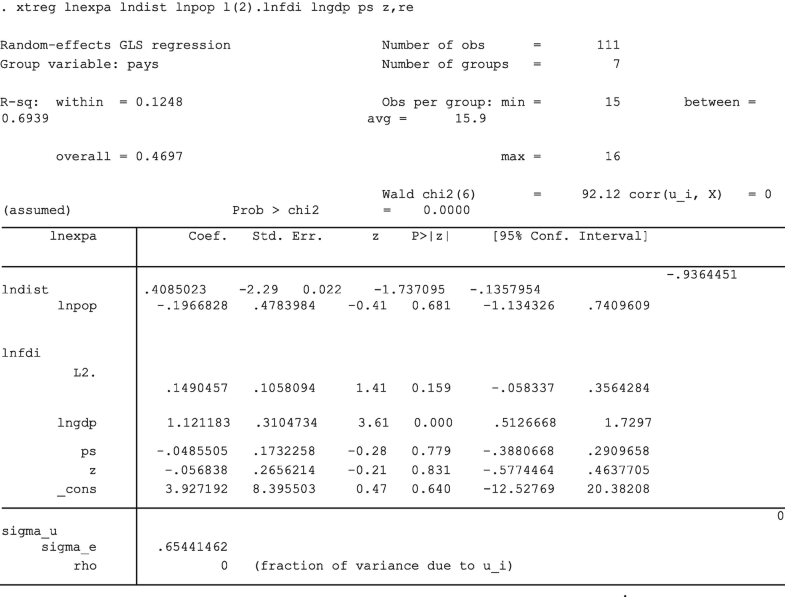 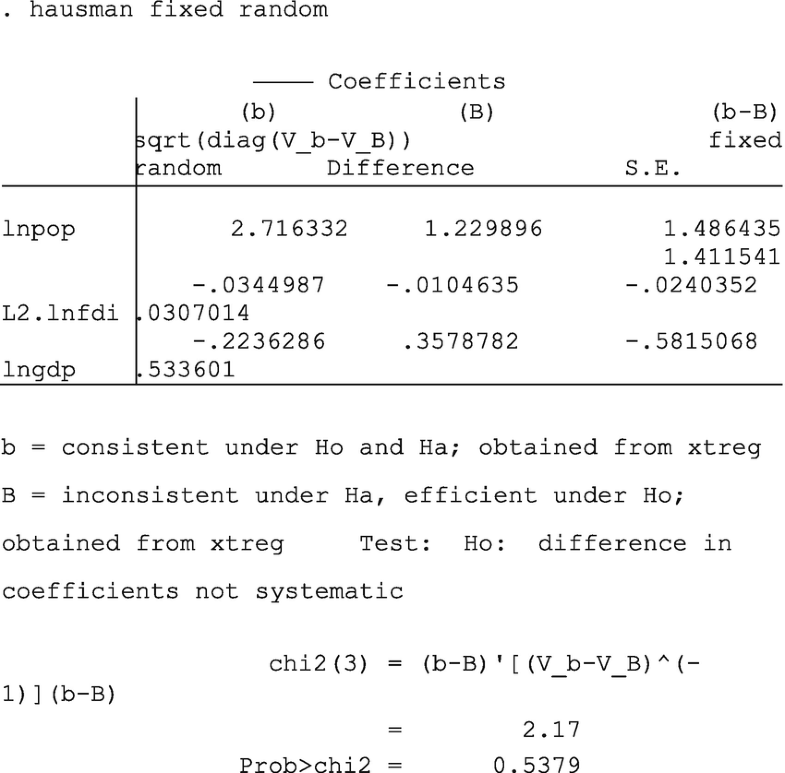 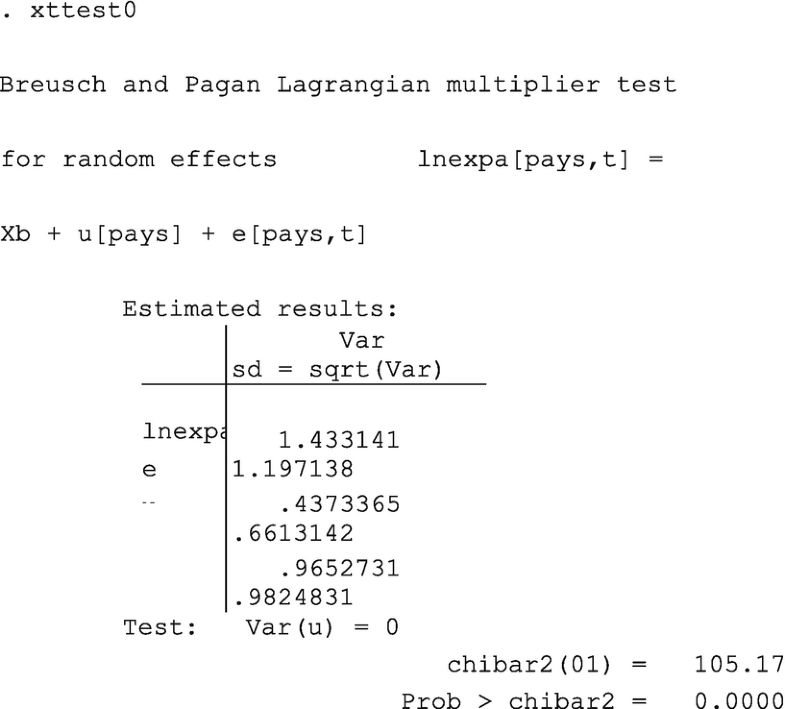 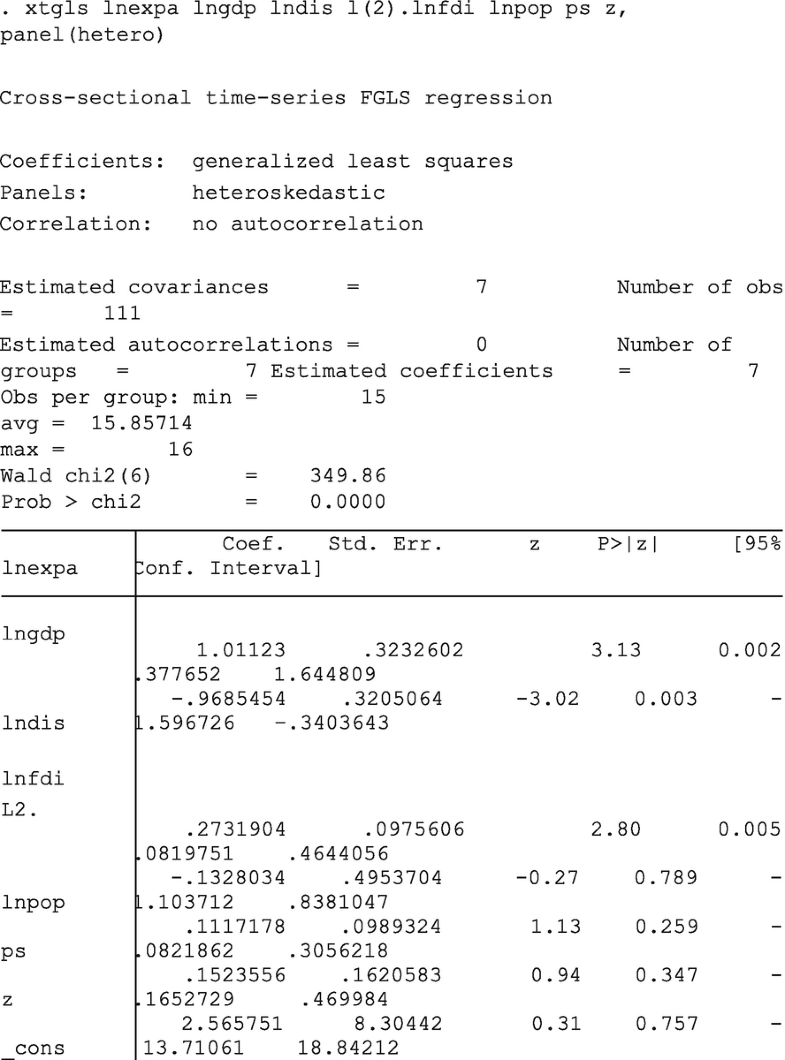 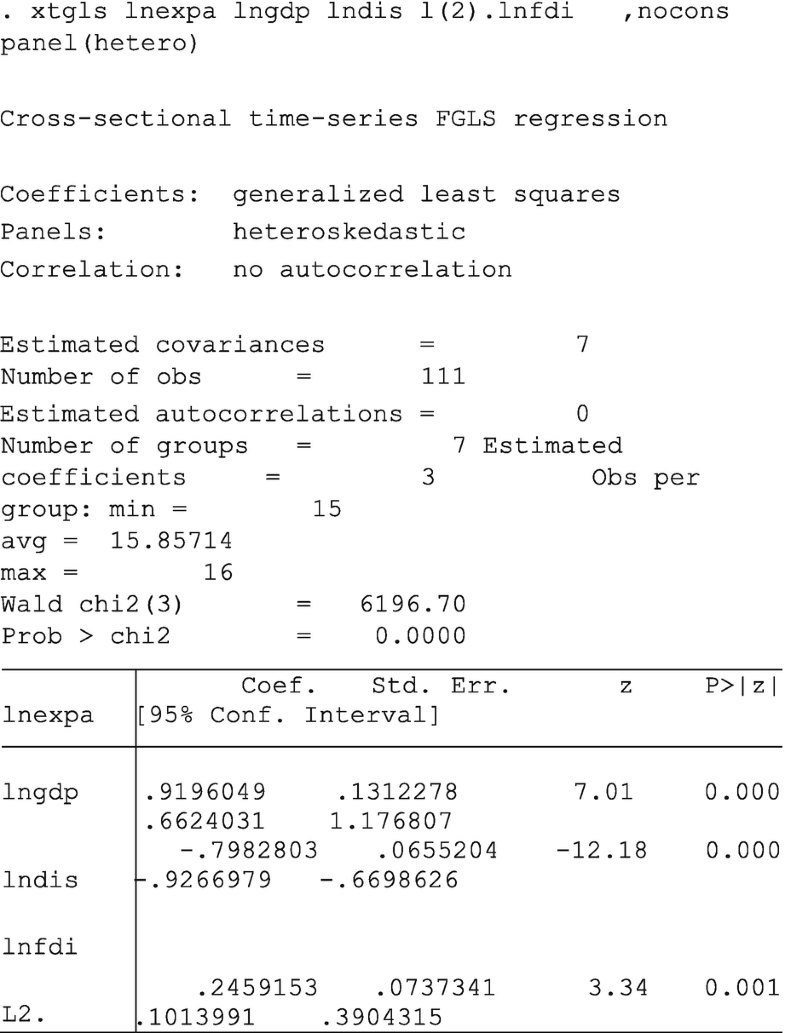 R-square within is low (0.19) rejecting the assumption of presence of fixed-effects.

The R-square between is comfortable (0.69) corroborating the presence of random-effects.

The probability of 53.8% >10% this corroborates the choice in favor of random-effects.

Test of Breusch and Pagan Lagrangian Multiplier Test for Random-Effects

This helps between random regression and a simple OLS. The null Hypothesis is that variances across entities is zero meaning no difference across units (better to use OLS). But if the null hypothesis is rejected that OLS cannot generate efficient estimators

With the Chi2 value of 105 with a zero probability the null hypothesis is rejected (presence of heteroscedasticity). Therefore GLS will be used to run the random-effects model.

The H0 hypothesis tests the non-autocorrelation of first order residue.

The probability value of 0.43 indicates the non-rejection of H0.

The Final Model After Eliminating Progressively the Non-significant Variables