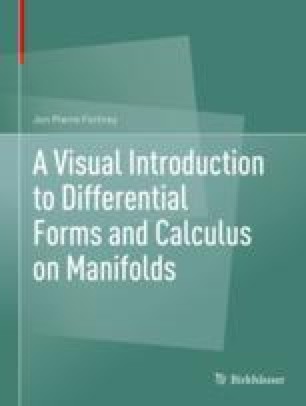 In sections one through three we take a careful look at divergence, curl, and gradient from vector calculus, introducing and defining all three from a geometrical point of view. In section four we introduce some notation and consider two important operators, the sharp and flat operators. These operators are necessary to understand the relationship between divergence, curl, gradient and differential forms, which is looked at in section five. Also in section five we see how the fundamental theorem of line integrals, the divergence theorem, and the vector calculus version of Stokes’ theorem can all be written in the same way using differential forms notation. These three theorems are all special cases of what is called the generalized Stokes’ theorem. In more advanced mathematics classes Stokes’ theorem always refers to the generalized Stokes’ theorem and not to the version of Stokes’ theorem you learned in vector calculus, while in physics Stokes’ theorem may refer to either version depending on context. But keep in mind, they are actually the same theorem from a more abstract perspective.