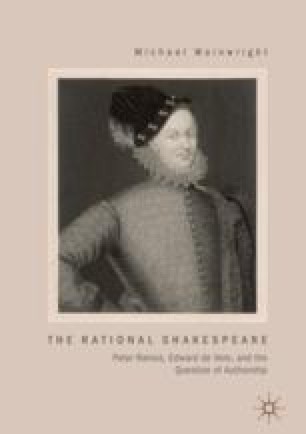 This chapter concentrates on the English reception of Ramism. The leading Ramists came from Cambridge University. Foremost among these radicals was Thomas Smith. He assembled a band of scholars that included Nicholas Bacon, John Cheke, Roger Ascham, and William Cecil. Ramus’s hopes for France as a nation of free Protestants resonated with Smith’s hopes for England. From farming stock, with practical experience of the land, Smith empathized with English civil grievances of 1549 that culminated in widespread rural protests. Smith’s intellectual response to these events culminated in De republica Anglorum (1581). The young Edward de Vere, whose education Smith supervised until 1562, learned of Ramus and studied Ramism under this mentor.

He was admitted in Queen’s college in the aforesaid University; a college then reckoned in the rank of those houses that favoured Erasmus and Luther, and harboured such as consorted privately together to confer about religion, purged from the abuses of the schools and the superstitions of Popery.

—John Strype, The Life of the Learned Sir Thomas Smith (8)