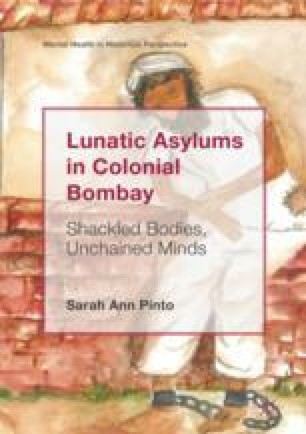 This chapter researches the asylum soundscape for evidence of the failure of the asylum as a colonial medical enterprise. The chapter analyses the asylum soundscape from 1814 to 1921, using the earliest surviving case notes of Assistant Surgeon J.A. Maxwell. The poorly regulated and regimented asylum soundscape is evidence that proves the custodial rather than curative character of Bombay’s lunatic asylums. Most often, the poor regulation of sound was a result of financial constraints. While asylum agencies poorly regulated noise, they manipulated patient voices to serve the diagnostic process. Patient voices also had evidential value, as asylum staff called upon them to act as witnesses in cases of staff neglect or deaths of other patients. However, government authorities and staff considered their evidence ‘reliable’ only if it facilitated the continued agency of the superintendent. The control executed over patients’ voices within the asylum also extended beyond asylum walls.