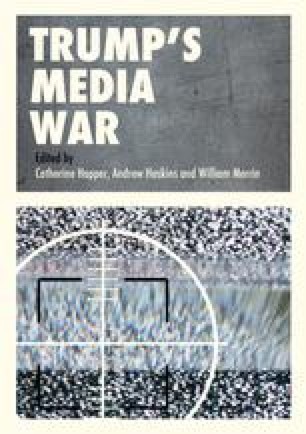 Trump’s Foreign Policy in the Middle East: Conspiratorialism in the Arab Media Sphere

This chapter explores how president Trump’s discourse on foreign policy and global security is reported in the MENA region.

We identify how Trumps’ allegedly alternative approach to foreign policy impacted on the geopolitical concerns of US allies in the Middle East. Simultaneously, we examine how his relationship with well-established allies as well as his administration’s positions on global security have been reported in the Arab press by investigating a sample extracted from different Arab media outlets including Al Ahram, Al Jazeera and Al Arabiya.

Through policy and discourse analysis of Trump’s official and tweeted pronouncements, we evaluate to what extent Trump’s policy is regarded as consistent with his presidential campaign, and how these are perceived in Middle Eastern media and in wider international media ecologies.

Arab Media Foreign Policy Media Outlets Candidate Trump President Sisi
These keywords were added by machine and not by the authors. This process is experimental and the keywords may be updated as the learning algorithm improves.
This is a preview of subscription content, log in to check access.