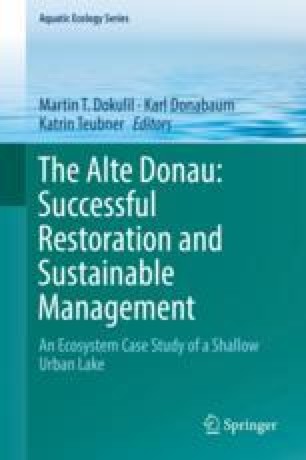 From a River to an Urban Lake. Historic Development

The geological setting of the River Danube near Vienna is outlined as it was before the river was regulated in the nineteenth century. The reasons for the regulation and how it was done is then described followed by a detailed description of hydrological management constructions to foster flood protection, to create hydroelectric power and to protect surface waters from underground pollution originating from a former, abandoned dump site. The history of urban development and leisure activities at Alte Donau, the former main channel of the river and now an oxbow groundwater lake within the city limits of Vienna, is then detailed. Alte Donau became a famous recreational area already before World War 2 and further developed after until today. At the end an outlook is presented explaining some of the future developments and management strategies necessary.