Handbook of Popular Culture and Biomedicine 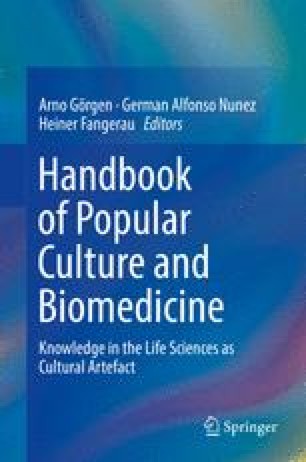 Handbook of Popular Culture and Biomedicine pp 301-306 | Cite as

The idea of the genius, the mad scientist, the enlightened person – often times displaced from society – who has the most interesting and creative ideas from bolts of lightning of genius is consolidated in popular culture, whether in films, comics or in science fiction books. In many cases found in popular culture, emphasis is given to the idea of the hero with razor-sharp intelligence, always accompanied by a high level of creativity that defies any kind of logical pattern or law, accentuating a feature of popular beliefs: That creativity is a wild, lawless territory that few professions or people, including artists in general and scientists, can fathom out. This is the point this text addresses: Is creativity something that really evades logic? Is there something that characterizes, in logical terms, what we call creative genius? To shed some light on these questions, we resort to some ideas from the broad theoretical framework of the American philosopher Charles Sanders Peirce (1839–1914), focusing on a specific type of logical reasoning, called abductive, as the concept of creativity for Pierce is associated with it.