Normative Readings of the Belt and Road Initiative 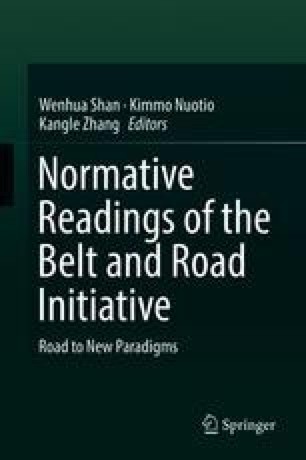 Some Suggestions for Improving the International Credibility of the Chinese Judiciary: A Focus on the BRI

In order to build effectively the Belt and Road Initiative (BRI), improvements in the international credibility of the Chinese judiciary is required. To this end, the Supreme People’s Court (SPC) released the Opinions on People’s Court’s Provision of Judicial Service and Safeguards for the BRI in July 2015, which sets guidelines and rules for Chinese courts to improve foreign judicial rules under the background of the BRI. However, the authors of this article maintain that the Opinions must be improved to meet the needs of the BRI and recommend that the Chinese courts look to the judicial ideologies of a major country in order to weaken the notion of judicial sovereignty and to promote a judicial ideology featuring equal protection, win-win cooperation, opening up, and efficiency. They also recommend improving the judicial system through various measures, including fully guaranteeing foreigners’ litigation rights, properly narrowing the ambit of exclusive jurisdiction, and properly settling parallel proceedings. In addition, they recommend innovating judicial methods, including actively applying forum non conveniens, actively confirming the existence of reciprocity, accurately applying international treaties and customs, and fully utilizing guiding cases, as well as promoting an inclusive judicial culture and a diversified resolution mechanism and ascertaining and correctly applying foreign law.

The chapter was published in The Chinese Journal of Comparative Law (2017, Vol. 5, Issue 1) by Oxford University Press.