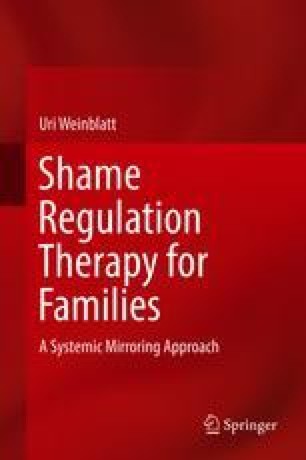 This chapter describes the main ways in which shame influences and is influenced by relationships. When people experience shame, they do one of two things: they either fight or withdraw. When fighting, conflict participants (partners, parents and children, teachers and students) try to reduce their shame by transferring it to their adversary. In withdrawing, they try to reduce their shame by hiding it. Both shame-reducing strategies have advantages and disadvantages. Fighting’s big advantage is that it exposes one’s shame, and, although it does not (at first glance) seem that way, it is an effort to communicate shame. Fighting’s big disadvantage is that it evokes the other person’s shame. That person will sooner or later retaliate, thus leading to more shame in the system. Withdrawal’s big advantage relates to fighting’s disadvantage – it keeps only one person experiencing shame. People who refrain from evoking the other’s shame (whether because they care for the other or are afraid of them) will choose to withdraw, hoping that time and their own resources will be enough to manage their own shame. The drawback is that shame remains hidden, corroding the relationship slowly but efficiently. The chapter shows how easy it is to succumb to these dynamics and suggests practical means of extricating oneself from them.