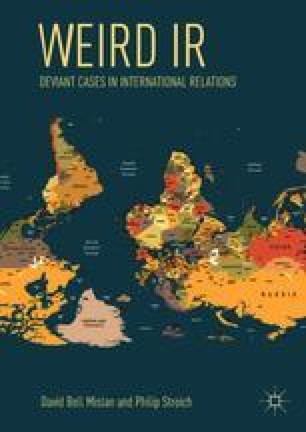 Gone to the Birds? Turkey Tails, Chicken Taxes, and the Global Economy

This chapter introduces some uncommon trade deals and national policies. It shows that Argentina is not the best trade partner and that its reputation for accumulating sovereign debt encouraged Ghana to seize one of its warships. More broadly, this chapter reveals that states can slide backwards into protectionism in weird ways. As if navigating arcane trade rules is not enough, managing business relationships across cultures can be downright treacherous, too. Just ask Robert Kraft, whose ignorance of Russia’s unique way of doing business is precisely why Vladimir Putin stole his Super Bowl Ring.

Sovereign Debt USAUnited States Transit Connect Porsch Kinder Egg
These keywords were added by machine and not by the authors. This process is experimental and the keywords may be updated as the learning algorithm improves.
This is a preview of subscription content, log in to check access.