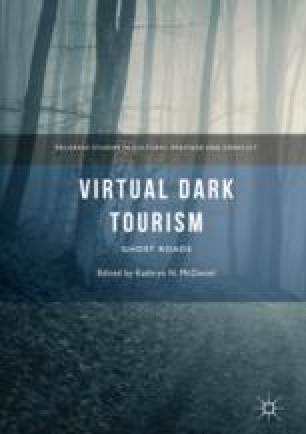 “Did Those Portly Men Over There Once Rush This Position?”: Virtual Dark Tourism and D-Day Commemorations

Virtual dark tourism played a central role in American D-Day commemoration in the quarter-century following World War II. Dwight Eisenhower, writer Cornelius Ryan, and filmmaker Darryl Zanuck served as virtual tour guides of D-Day battle sites, familiarizing the public with the Normandy landscape and defining its role in the war. While these dark tours defined D-Day’s bloody history in heroic terms, Vietnam and the Cold War cast a gloomy shadow over the twenty-fifth anniversary. Eisenhower’s death prompted a struggle between Ryan and Zanuck over which would inherit the admired general’s mantle. Despite fears that popular conceptions of World War II as the “Good War” were being abandoned, the contested twenty-fifth anniversary was an anomaly, and earlier beliefs were revived with Reagan’s New Patriotism in the 1980s.