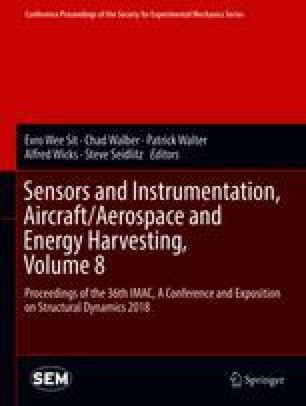 In this paper, a cyber-physical test procedure called real-time hybrid substructuring (RTHS) is proposed to test the parachute deployment of the Mars Pathfinder spacecraft. The proposed RTHS test couples, in real-time, a numerical substructure, consisting of a dynamic model of the Mars Pathfinder with a physical substructure, consisting of a mortar being fired in the Shock and Vibration Laboratory at the University of Connecticut. The proposed RTHS test will be shown to fully capture the effect of spacecraft compliance on the force profile generated during the mortar firing. The Mars Pathfinder RTHS test is used to demonstrate this new approach in aerospace testing that can allow for component testing during the design phase to provide more realistic load profiles and more certain dynamic response at critical locations throughout the spacecraft.

© The Society for Experimental Mechanics, Inc. 2019