The Religious Left in Modern America 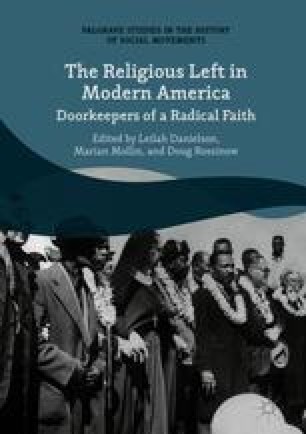 The Religious Left in Modern America pp 61-79 | Cite as

Eastern European Jewish immigrants to the United States in the early twentieth century were known for political radicalism. This chapter explores the life and activities of Alexander Bittelman, a radical Jewish immigrant to New York from the Ukraine who went on to help found the American Communist Party. Bittelman’s case, although extreme in relation to his peers, sheds lights on the motivations and inspirations of his upwardly mobile cohort in gravitating toward a variety of left-wing movements and ideologies. This aspiration was officially secular, yet, as Bittelman came to recognize, the impetus behind this ethnic political phenomenon inevitably drew on religious ideas and feelings that had been a part of many radical Jews’ upbringings and that continued to permeate their milieu.