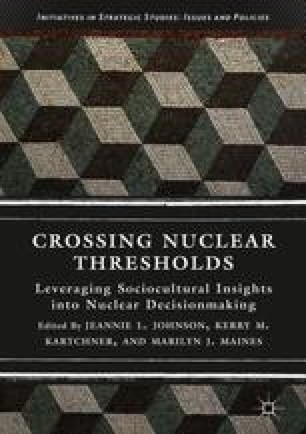 Dima Adamsky tracks Russian strategic culture from the Soviet period through the current day, arguing that more continuity than change is featured in Russian security thinking. Adamsky interweaves an analysis of Russian strategic culture with descriptions of the current Russian geopolitical threat perception, the architecture of its nuclear community, and the evolution of Russian nuclear and cross-domain coercion strategies over the last two decades. Cautioning that Russia’s siege mentality will continue to color its perceptual lens, Adamsky argues that imagined threat perceptions may encourage Moscow to draw flawed conclusions and attribute non-existent aggressive intentions to its adversaries, resulting in overreaction. Adamsky ends with a powerful contribution to deterrence thinking: Inspired by Clausewitz’s “culminating point of victory,” Adamsky argues that US practitioners may benefit from considering the “culminating point of deterrence”—a term he employs to refer to the moment after which additional threats may become counterproductive, provoking escalation instead of restraint.