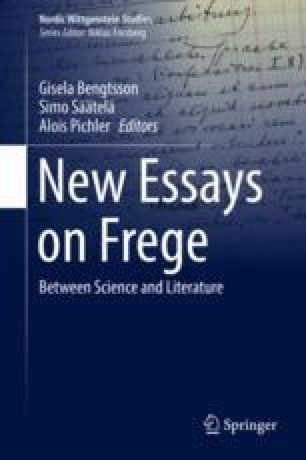 The Dichtung of Analytic Philosophy: Wittgenstein’s Legacy from Frege and Its Consequences

Wittgenstein’s attitude to writing philosophy is an important part of his complex legacy from Frege. Even the frequently misconstrued phrase, “Philosophie dürfte man eigentlich nur dichten”, is part of that legacy. How should we actually render that sentence in English? How is the idea that Dichtung is a necessary aspect of philosophical method rooted in thoughts that ultimately find their way back to Frege? Where do we find Dichtung in the so-called private language argument? How is Wittgenstein’s view of the role of Dichtung in philosophy related to his appreciation of humor in philosophizing? What is the role of humor in Frege’s work? How does Wilhelm Busch in Eduards Traum illustrate the philosophical significance of humorous Dichtung? What is the link between Dichtung and craftsmanship in writing philosophy for Wittgenstein? These are the central issues that the article addresses.

The remarks above were originally inspired by a discussion with Nuno Venturinha at a symposium in Innsbruck commemorating the 60th anniversary of Wittgenstein’s death. In that occasion Dr. Venturinha set out to re-contextualize the remark that “Philosophie dürfte man eigentlich nur dichten.” In a recent paper on the same topic20 he makes the following points about the passage:My response is to re-iterate that the use of dichten does not imply poetry or an opposition to prose but a different way of using prose, fictional prose as opposed to representational prose. The point is one of typically Wittgensteinian subtlety. The fact remains that there are not even hints of any attempts to write poetry in the sense of Lyrik anywhere in Wittgenstein’s corpus; he just wants to create more powerful ways of showing alternatives to the conventional philosophical imagination. The idea is less Nietzschean in inspiration than it is parallel to what Nietzsche wanted to do in ethics. Nothing that Wittgenstein does—always his own ultimate criteria—is very like what Nietzsche does when he is being a poet, say in Zarathustra. His continual self-criticism is not the sign of helplessness that it is usually taken to be but a striving for a kind of perfection in the writing of philosophical fiction that would set analytical philosophers on the right track—not one that would put them out of business. If this is right the genuine work of analytical philosophy is fictional but not lyrical and it is every bit as inspired by Frege as it is by the Sage of Sils Maria.