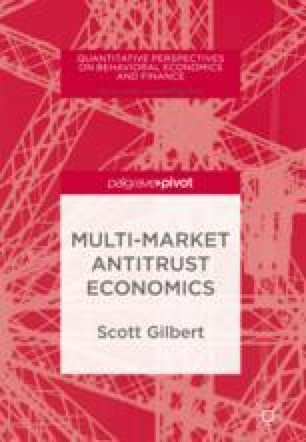 In a market that goes from many suppliers to just one supplier, the advent of monopoly has an immediate effect: change in supply in that market. The pure monopoly model, discussed in Chap.  2, represents the monopoly effect in a given market. The effect is anti-competitive: price rises above the many-supplier competitive level, and goods quantity falls, doubly bad for consumers. The simplicity of the pure monopoly model is a virtue but also limits the range of behavior and outcomes that can be discussed within it.