The Lost Notebook of ENRICO FERMI 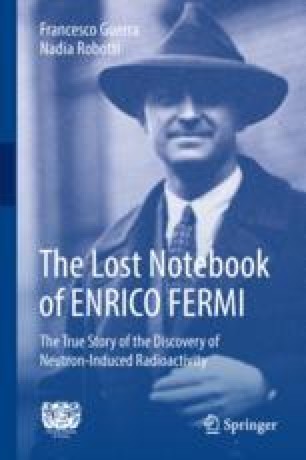 The Lost Notebook of ENRICO FERMI pp 1-3 | Cite as

As is well known, in Rome in March 1934 Enrico Fermi (Rome, 29 September 1901 - Chicago, 28 November 1954) discovered neutron-induced radioactivity. For this discovery, and for the connected discovery in October that same year of the effect of the slowing down of neutrons, Fermi was awarded the Nobel Prize for Physics in 1938. The motivation read as follows: “for his demonstrations of the existence of new radioactive elements produced by neutron irradiation, and for his related discovery of nuclear reactions brought about by slow neutrons”.