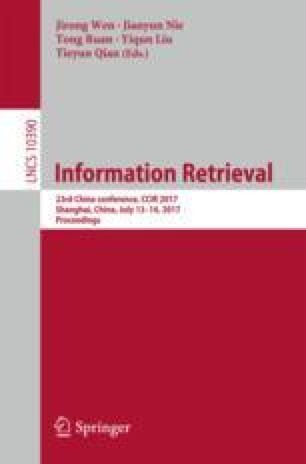 In the process of extracting image saliency features by using regional covariance, the low-level higher-order data are dealt with by vectorization, however, the structure of the data (color, intensity, direction) may be lost in the process, leading to a poorer representation and overall performance degradation. In this paper we introduce an approach for sparse representation of region covariance that will preserve the inherent structure of the image. This approach firstly calculates the image low-level data (color, intensity, direction), and then uses multi-scale transform to extract the multi-scale features for constructing tensor space, at last by using tensor sparse coding the image bottom features are extracted from region covariance. In the paper, it compares the experimental results with the commonly used feature extraction algorithms’ results. The experimental results show that the proposed algorithm is closer to the actual boundary of the object and achieving better results.

When people observe natural scenes, predictions of objects are called saliency predictions or detections, and the saliency studying has attracted a lot of computer vision scientists and neuroscience scientists. Highly predictive accuracy is important for many applications, such as object detection and segmentation, content-based compression, scene understanding, robot navigation, and image/video quality assessment.

In the existing literatures the saliency models include: (1) pure bottom-up image saliency features; (2) top-down semantic saliency features; (3) combination models. These models use a variety of visual features, including low, medium and advanced features. However, each single model has its own assumptions and methods, respectively, to solve the different aspects of human visual attention to the problem. In addition, some researchers selected fewer data sets to validate their models. Thus, there is a data set deviation in their model [1]. Because of these assumptions and constraints, each model has its own image set [2] and the corresponding weaknesses. The bottom-up saliency model of the use of biological low-level features is mainly based on the principle proposed by Itti and others [3, 4, 5]. Assuming that the saliency region is significant in terms of color, intensity, or orientation, Itti et al. used the visual saliency of the center-surround difference across multi-scale image features. Harel and others [6] based on the local image block different from the surrounding image block to establish the image of the visual saliency (model GBVS), which uses the Markov chain to measure the dissimilarity between local blocks. Similarly, Liu and others [7] proposed a set of novel features including multi-scale contrast, center-surround histogram, and color spatial distribution to describe a salient object locally, regionally, and globally. Bruce and Tsotsos [8] presented a saliency model (AIM) is based on Shannon’s self-information measure and is achieved in a neural circuit, which is demonstrated as having close ties with the circuitry existent in the primate visual cortex. Hou and Zhang [9] introduced the incremental coding length (ICL) to measure the perspective entropy gain of each feature. Zhang and others [10] proposed a definition of saliency by considering what the visual system is trying to optimize when directing attention. Kong and others [11] proposed an integration approach to detect salient region based on three principles from psychological evidence and observations of images, including colour contrast in a global context, spatially compact colour distribution, and multi-scale image abstraction. Fang and others [12] proposed a novel video saliency detection model based on feature contrast in compressed domain. Four types of features including luminance, color, texture, and motion are extracted from the discrete cosine transform coefficients and motion vectors in video bitstream. Jiang and others [13] proposed a novel automatic salient object segmentation algorithm which integrates both bottom-up salient stimuli and object-level shape prior. The above models perform well, and each model has its own most suitable image set due to different assumptions. For example, the Itti [3] model focuses primarily on local dissimilarity and is insufficient in detecting global visual saliency, whereas the AIM [8] model shows insufficient performance in detecting local dissimilarity.

In general, these bottom-up models cannot detect saliency areas with semantic information. Itti model cannot distinguish between the human body and its surroundings. A large number of researchers recently solved the saliency detection by combining low-level and advanced features. Cerf and others [14] improved the performance by adding face detection to the Itti model. Judd and others [15] proposed a new saliency detection model by using the support vector machine (SVM) to learn the optimal weight of all the combined features. Similarly, Chang and others [16, 17] proposed object-based saliency models using object metrics. While the top-down model emphasizes the importance of advanced and semantic features, the goal of detecting failure is usually a saliency object that has not yet been trained. In addition, the performance of the combined model in detecting non-semantic bottom-up saliency regions may not be as good as pure bottom-up model. For example, the Judd [15] model does not well detect local dissimilarity in some cases.

Before the study most of algorithms dealt with the low-level higher-order data by vectorization, the structure of the data may be lost in the process, which leads to a poorer representation and overall performance degradation. In this paper we use regional covariance to extract image saliency features, and we introduce an approach for sparse representation of region covariance which will preserve the inherent structure of the image. In the paper, it compares the experimental results with the commonly used feature extraction algorithms. The experimental results show that the proposed algorithm is closer to the actual boundary of the object and achieving better results.

In the process of saliency image feature extraction, it is necessary to save the structural features of the saliency region texture as much as possible. At the same time, the local low-level features of the image should be preserved. From the statistical point of view, the features of visual saliency detections are very similar to the statistical components with the Supper Gaussian distribution, because the “super-Gaussian” in statistics and “sparse, structured” in image processing basically have the same meaning. This approach uses multi-scale transform to extract the multi-scale features for constructing tensor space, at last by tensor sparse coding the image bottom features are extracted from region covariance.

Formula: \( \varvec{u}_{R} = \frac{1}{MN}\sum\limits_{i = 1}^{MN} {\varvec{Q}_{i} } \), the covariance matrix \( \varvec{C}_{R} \) is a real symmetric positive definite matrix, the values on the diagonal in the covariance matrix represent each individual feature, and the value on the non-diagonal indicates the correlation between the features, The size of \( {\mathbf{C}}_{R} \) depends only on the dimension of the selected feature vector \( d \), regardless of the size of the target area.

Theoretically, any model can be measured by any standard, and the saliency model produces a saliency graph S, which is usually quantified by comparison with the eye movement data G. In the literature, Judd et al. have the following measures of the saliency model [23]: (1) AUC-Judd; (2) SIM; (3) EMD; (4) AUC-Borji; (5) sAUC; (6) CC; (7) NSS; (8) KL.

By comparing the saliency of the CAT2000 data set, the saliency maps are obtained and compared with the other algorithms. As shown in Fig. 10, an image is selected from each type of image set. Color feature as an important feature of the image, the algorithm focuses on the use of color features, the test images are color images, excluding the gray images of CAT2000 data set.

Table 1 and Fig. 10 show the results of the comparison with other up-to-date methods on the CAT2000 dataset. In this paper, we compare with the following algorithms: Goferman and others [25] proposed CAS (PAMI), which presented a detection algorithm which is based on four principles observed in the psychological literature, the benefits of the proposed approach are evaluated in two applications where the context of the dominant objects is just as essential as the objects themselves; Erdem and others [26] proposed CovSal, they proposed to use covariance matrices of simple image features (known as region covariance descriptors in the computer vision community; Hage and others [6] based on the local image block different from the surrounding image block to establish the image visual saliency (model GBVS), which uses the Markov chain for measuring the heterogeneity between local blocks; Fang and others [27] proposed to estimate image saliency (model LDS)by learning a set of discriminative subspaces that perform the best in popping out targets and suppressing distractors; Riche and others [28] proposed a novel saliency prediction model, called RARE2012, which selects information worthy of attention based on multi-scale spatial rarity; Murray and others [29] proposed an efficient model of color appearance in human vision, which contains a principled selection of parameters as well as an innate spatial pooling mechanism, can be generalized to obtain a saliency model that outperforms state-of-the-art models; Ran and others [30] proposed an approach for saliency detection that combines previously suggested patch distinctness with an object probability map(model CGI2012).
Table 1.

As shown in Fig. 10 and Table 1, the interior of the original image region is relatively uniform, and the extraction of the saliency feature is relatively difficult. CAS (PAMI) is based on four principles observed in the psychological literature, but the emphasis of saliency feature is not obvious enough, GBVS, Murray mode and CGI2012 also encounter this problem; RARE2012 algorithm selects information worthy of attention based on multi-scale spatial rarity, due to the influence of noise, the saliency extraction is ineffective; CovSal, LDS and the algorithm proposed can be very good to obtain the clear boundary and clear features, and they are good to distinguish features and disturbances, especially the proposed algorithm has been almost targeted to the specific saliency of the object, other disturbances have been excluded, the saliency effect is very obvious.

Now the most of algorithms dealt with the low-level higher-order data by vectorization, the structure of the data may be lost in the process, which leads to a poorer representation and overall performance degradation. In this paper we use regional covariance to extract image saliency features, and we introduce an approach for sparse representation of region covariance which will preserve the inherent structure of the image. Firstly it obtains the image low-level data (color, intensity, direction, etc.), and then it uses the multi-scale filtering to process all of the low-level data, on the one hand it filters out the noises of the low-level features, on the other hand it obtains image features for tensor sparse coding from the multi-band perspective, it is advantageous to preserve the inherent structure of the multi-band from the image. At last, it compares the experimental results with the commonly used feature extraction algorithms. The experimental results show that the proposed algorithm is closer to the actual boundary of the object and achieving better results.