The Principle of Equality in EU Law 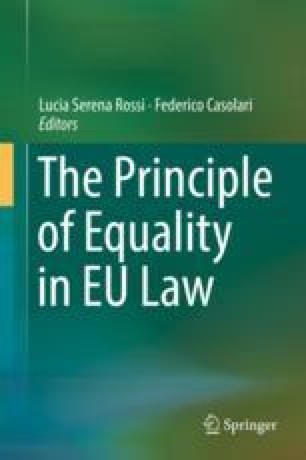 Equality for Citizens in the EU: Where Did All the Flowers Go?

This chapter looks at three issues in relation to equality for citizens in the EU, all of which question the fundamental constitutional status of Union citizenship. First, in a number of areas inequality between Union citizens is accepted, often in the form of discrimination on grounds of nationality. Second, there is a problem of fragmentation and access—because of the proliferation of sources of equal treatment rights and the lack of a clear relationship between them. Thirdly, the very notion of ‘citizen’ within the EU legal order is ambiguous and subject to shortcomings: legally resident third-country nationals within the EU should, in a normal sense, also be considered ‘citizens’. As they are evidently not ‘Union citizens’, this conflicts in a normative sense with the principle of inclusiveness—their access to equal treatment is much more limited as a result.