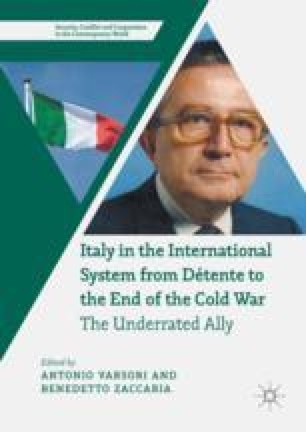 The Emergence of Global Environmentalism: A Challenge For Italian Foreign Policy?

This chapter deals with the foreign policy dimension of Italian environmentalism in the early 1970s, around the United Nations Conference on the Human Environment in Stockholm in 1972. It claims that the attention that Italian politics devoted to environmental issues was spurred by the emergence of a global discourse on the environment. It examines the ambiguous strategy adopted by the Italian delegation in Stockholm, its insistence in considering the Mezzogiorno experience as a model for Third World countries, and the inability to make the best use of available expertise. It also deals with the debate surrounding the Club of Rome’s report, The Limits of Growth, and shows how this influenced the Italian understanding on ways to cope with the side effects of industrial development.

Cite this chapter as:
Lorenzini S. (2018) The Emergence of Global Environmentalism: A Challenge For Italian Foreign Policy?. In: Varsori A., Zaccaria B. (eds) Italy in the International System from Détente to the End of the Cold War. Security, Conflict and Cooperation in the Contemporary World. Palgrave Macmillan, Cham. https://doi.org/10.1007/978-3-319-65163-7_9