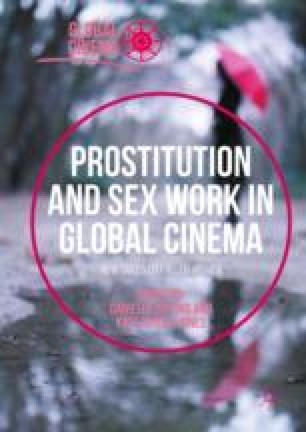 ‘Through Hardships To the Stars’: The Moldovan Prostitute in Nicolae Margineanu’s Schimb Valutar

Focusing on the representation of a Moldovan prostitute in a Romanian recessionary film, Bardan uses a postfeminist framework to analyze how a female character from a country to the east of Romania is deployed by the film to renegotiate the emasculation of a Romanian man who has just lost his job and financial resources. Drawing on discussions of intimate labor, sexual subjectification, and whiteness, the chapter shows how Exchange mediates the recession through the ambivalent portrayal of an accented prostitute who functions as an insider-outsider in an economically precarious country that has recently joined the EU. Bardan zooms into analyze the various tensions and fantasies at play in the main characters’ shifting positionalities. As she argues, the Moldovan woman, though seemingly more autonomous than the vulnerable Eastern European prostitutes often depicted in Western European films, merely disavows her own desires, thus interpreting her rejection by the Romanian protagonist as a manifestation of her calculated self-management. Within the economy of the film, she serves as an agent of regeneration for the national male subject at a moment of crisis and real and symbolic impotence.