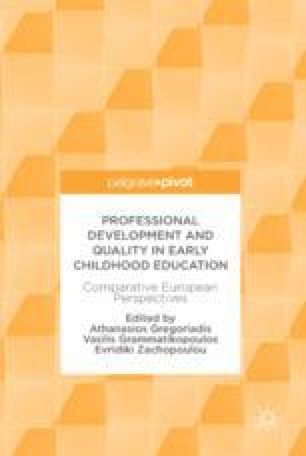 Professional Development and Impact of the Early Change Project: Reflections from the Cypriot Example

This chapter focuses on the reflections and feedback from the implementation of the Early Change project in Cyprus. More specifically, it discusses the particular way in which the project was implemented in Cyprus, presents some experiences of the early childhood teachers who used the observational rating scales and the way that it influenced their practices. Further, it deals with the impact the use of observational rating scales had on two levels—on the professional development of the early childhood teachers and on the educational policies implemented in the educational districts that were partners in the Early Change project.