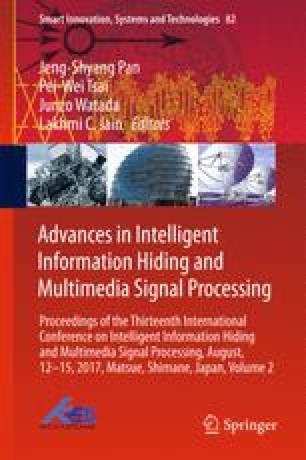 A Protocol Vulnerability Analysis Method Based on Logical Attack Graph

In recent years, people pay attention to network attacks, most of which focus on vulnerabilities in computer systems, but less on communication protocols especially on wireless communication protocol security analysis. The main method of analyzing the vulnerability of a protocol is formal analysis [1]. Now attacks against protocols have obtained the characteristics of multi-step and multi-way, which utilizes different stages of communication protocol, and the existing methods lack the ability of correlation analysis of different vulnerabilities. Researchers have used attack graphs [2, 3] to analyze attacking behavior. Common Vulnerability Scoring System (CVSS) [4, 5] can analyze the dependencies of vulnerability, show all the attack path, and finally assessment Comprehensively evaluate system security trends. Holm et al. [6] focused on impact of the basic data provided by CVSS in the assessment of vulnerability. Combined with the shortcomings of CVSS quantification, a specific quantization method was given. But the quantization method was too complicated. Chen et al. [7] proposed an attack graph model for the probability of internal attack intention judgment. Based on the model, he proposed an algorithm to infer the intent of internal attack and maximum probabilistic attack path for that attack target. Liu et al. [8] proposed a game model to obtain optimized attack and defense decisions, which add confidence probability to extend vulnerability attributes. Li et al. [9] studied the correlation of vulnerability utilization. They proposed a kind of horizontal and vertical correlation which is suitable for different components of computer system. For the communication protocol vulnerability analysis, horizontal correlation simplification model will lose some information. In this paper, we proposed a method to generate a protocol attack logic diagram from the vulnerability target by using vulnerability of protocol. It can show every route to reach the target of attack, thus showing the possible complex attack, then search and calculate the optimal attack path at the same time.

The original vulnerability graph is relatively large and needs to be simplified. We design the vulnerability reduction method by loop correlation.

After obtaining the protocol logical attack graph, it is analyzed and calculated to obtain optimal attack path. Since it reaches an attack target, it needs to calculate the logical graph associated with the target, and end nodes in the logical graph of the target is many, which is similar to finding multiple optimization paths in a directed graph. The main steps include the following aspects.
The protocol attack logic graph is calculated by adjacency matrix, and the calculation process is shown in the Fig. 5. The steps are shown in Algorithm 1.

By calculating and continually updating the value of the adjacency matrix, we can calculate the benefit achieved by the attack target. The benefits of an atomic attack \( B_{F} \) are generally expressed as a hazard to the communication protocol by the attack. The cost of atomic attack \( C_{T} \) is expressed as the reciprocal of probability of attack. So we can calculate the utility value of the attack \( U \), which is equal to the difference of gain and cost.

In order to verify the above algorithm, we use C ++ language programming to implement it. Taking the CCSDS protocol as an example, the list of atomic vulnerability inputted in the experiment is shown in Table 1.
Table 1.

The method is relatively brief by attacking logic graph and adjacency matrix calculation. By expressing complex link graph structure, and removing the repeated complex calculation, this method is made to be extensible. However, the experimental data of this paper is less in number. When the amount of data is large, the time overhead is weak when constructing the vulnerability association graph and the attacking logic graph. Thus the algorithm needs to be optimized to fit the calculation of large-scale data.