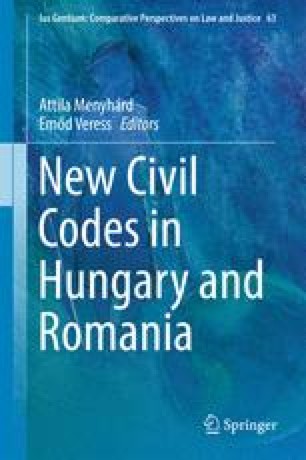 Default Rules on Companies in the New Hungarian Civil Code

The starting point of the present study is that company law has been incorporated into the new Hungarian Civil Code. Company law had been regulated separately over the centuries and under different social structures, but this scheme was overwritten by the new Hungarian Civil Code, despite it being not only tradition but also considerable counter-arguments that were against this incorporation. The most significant impact of the placement of company law into the Hungarian Civil Code arises from how it is regulated. Upon examination of the pros and cons of mandatory and default rules, and taking the internal and external characteristics of the relationships regulated by company law into consideration, the Hungarian legislator voted for a blended solution: default rules shall primarily be applied except for when the protection of a third party’s interest justifies the mandatory rules. Chapter by chapter, this study unfolds the debate on the proper place for the regulation of companies (by separate law or in the Civil Code), then analyses the regulatory methods and finally presents the actual regulation regime of the new Hungarian Civil Code and reveals some of its consequences.