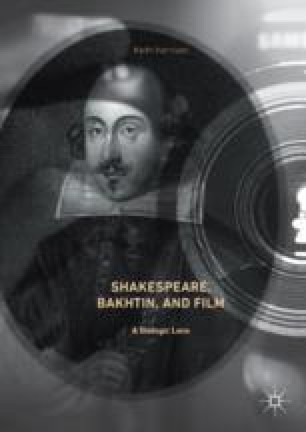 Withnail and I: The Ghost of Shakespeare

The fifth chapter traces the spectral presence of Hamlet in a cult film that dialogizes the idyll and is associated with binge-drinking. Produced nearly two decades after the fabled sixties in which it is set, Withnail and I is at once hilarious and elegiac, gazing with political incorrectness on a period replete with mythology. Withnail, a melancholy, self-centred, out-of-work actor, is a parodic off-stage embodiment of Hamlet. The dialogism of this double-voiced film combines irony and laughter with pathos. Writer and director, Bruce R. Robinson, shapes his movie through haunting quotations from Shakespeare in an anxious re-utterance from the Thatcher era of two earlier, half-legendary time-spaces.