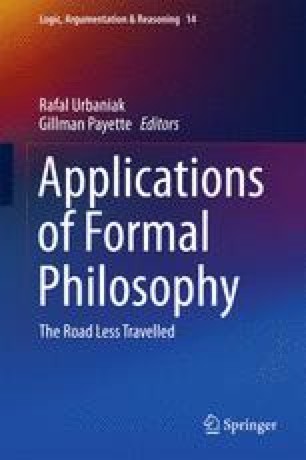 In 2008 Christopher Hardin and Alan Taylor published an article titled “Peculiar connection between the axiom of choice and predicting the future” in which they claim that if some system can be described as a function from a set of some instants of time to some set of states, then there is a way to predict the next value of the function based on its previous input. Using their so-called \(\mu \)-strategy one can randomly choose an instant t and the probability that the strategy is correct at t (i.e. that the output for a strategy for input t is exactly the same as the value of the function) equals 1. Mathematical aspects of this article are sound, but the background story about the correlation between theorems and philosophical aspects of predicting the future faces certain problems. The goal of my paper is to bring them up.

I want to thank Rafal Urbaniak for his time and endless comments concerning this paper. I would also thank two anonymous referees, whose comments were very helpful. This research has been funded by Research Foundation Flanders (FWO).

Cite this chapter as:
Pawlowski P. (2017) Philosophical Aspects of an Alleged Connection Between the Axiom of Choice and Predicting the Future. In: Urbaniak R., Payette G. (eds) Applications of Formal Philosophy. Logic, Argumentation & Reasoning (Interdisciplinary Perspectives from the Humanities and Social Sciences), vol 14. Springer, Cham. https://doi.org/10.1007/978-3-319-58507-9_10