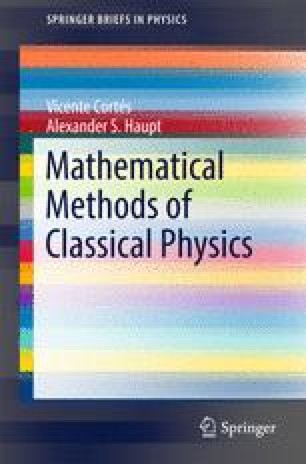 We present Hamilton’s formulation of classical mechanics. In this formulation, the n second-order equations of motion of an n-dimensional mechanical system are replaced by an equivalent set of 2n first-order equations, known as Hamilton’s equations. There are problems where it is favorable to work with the 2n first-order equations instead of the corresponding n second-order equations. After introducing basic concepts from symplectic geometry, we consider the phase space of a mechanical system as a symplectic manifold. We then discuss the relation between Lagrangian and Hamiltonian systems. We show that, with appropriate assumptions, the Euler–Lagrange equations of a Lagrangian mechanical system are equivalent to Hamilton’s equations for a Hamiltonian, which can be obtained from the Lagrangian by a Legendre transformation. In the last part, we consider the linearization of mechanical systems as a way of obtaining approximate solutions in cases where the full non-linear equations of motion are too complicated to solve exactly. This is an important tool for analyzing physically realistic theories as these are often inherently non-linear.

Hamiltonian System Lagrange Equation Symplectic Manifold Small Oscillation Symplectic Geometry
These keywords were added by machine and not by the authors. This process is experimental and the keywords may be updated as the learning algorithm improves.
This is a preview of subscription content, log in to check access.