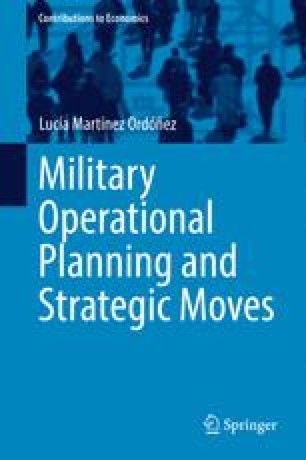 Over the past decade, the term “asymmetric” has begun to convey two meanings within the military field. First, it has been used to refer to a special, i.e. “asymmetric”, kind of threat that countries are facing, and second, it describes the military conflicts resulting from these threats. It thereby refers to the nature of the conflict, and even though the sources of asymmetry in a conflict are varied, usually it is the asymmetry of force that is responsible for all others. On the other hand, though, it must not be used in a too narrow sense: as in real life any two opposing forces most likely command unequal defense budgets and/or are composed of different kinds of units, military conflicts could of course be described as being “asymmetric”, except that then examples for “symmetric” conflicts would at best be extremely rare indeed.

Nash Equilibrium Mixed Strategy Pure Strategy Weak Actor Weak Force
These keywords were added by machine and not by the authors. This process is experimental and the keywords may be updated as the learning algorithm improves.
This is a preview of subscription content, log in to check access.