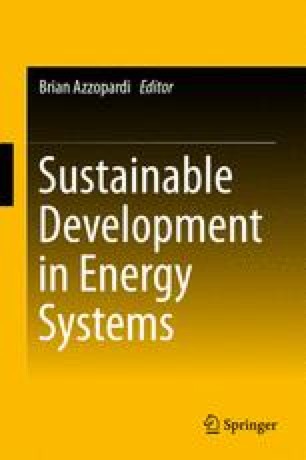 By adopting the 2009/28/EC directive, Hungary has committed to increase the share of renewable sources in its gross final energy consumption mix to 14.65% by 2020. In line with this commitment, in 2011 the Hungarian Ministry of National Development has announced the publication of the final version of the Hungarian Renewable Energy Utilization Action Plan (or National Renewable Action Plan–—NREAP) for the period between 2010 and 2020. The goal of the NREAP was to guarantee maximal total social recovery by building on the environmental, economical, social, cultural and geopolitical potential of Hungary. However, as the European Commission has also highlighted in 2013, a change of the attitude is needed in many European countries to foster developments in order to achieve the previously undertaken targets. This situation encouraged the joint work of the Hungarian Ministry of National Development and the Hungarian Academy of Sciences which prepared a revision of the NREAP in order to determine future scenarios to utilize the country’s renewable energy potential as efficiently as possible and to reach the 2020 targets. The manuscript presents the continuation of the study, prepared in 2014, focusing on the optimal use of solar energy resources. The aim of the chapter was to achieve maximal possible solar primary energy gain by deploying of either solar photovoltaics or solar collectors on the building stock on the country. Since only 1–2% of the stock is exchanged annually, it is very important to increase the energy efficiency of the existing buildings. The study shows that the building sector is able to deliver large energy consumption and CO2 reduction at low costs. The methodology is based on two main database, the building typology from the EPBD-based (Energy Performance of Buildings Directive 2002/91/EC) Hungary Building Energy Strategy, and the LAU-1 (Local Administrative Units, previous NUTS-4) level solar energy potential assessment, both partly created by the authors. Additionally, statistical data on infrastructure, provided by the Hungarian Central Statistical Office, were used to support the decision making process. The study examines possible maximal solar primary energy gain, the ratio of domestic hot water and electricity needs and possible energy generation on a monthly basis. This chapter provides a methodology and an example, how countries can select the best solutions to benefit the most of their solar resources at low costs.