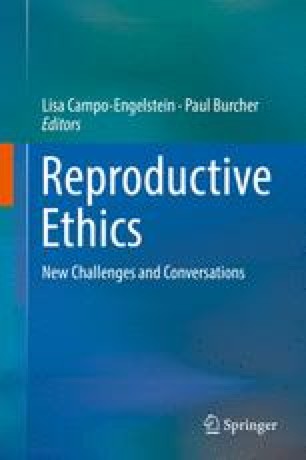 The Decision to Know: Pregnancy and Epistemic Harm

The pursuit of knowledge is usually uncritically presumed to be a good thing. I argue against that assumption in the case of pregnancy. In pregnancy, many of the questions we are asking are being driven by the technology we have, not the other way around. The use of indiscriminate investigative procedures such as 20-week ultrasounds can result in the over-diagnosis of problems with the fetus. Pregnancy is an incredibly unique relationship forced to fit into an unfamiliar mold. When pregnancy is made to fit such a mold, the character of that relationship completely changes, and the pregnant woman becomes the epistemic patient as well as the obstetric patient. Two claims to distinguish: I do not argue that women are necessarily in a position to know better than their doctors about the health and viability (or lack thereof) of their unborn children. I do argue that searching for certain kinds of information can and does disrupt the course of a pregnancy, and what a woman comes to know. This search, and the privilege we put on this knowledge, regardless of accuracy, dramatically alters the experience, and depletes the sense of (and actual) control a woman has over how her pregnancy unfolds, yielding significant epistemic consequences. We need to be careful about letting physicians be in the role of setting out the important questions to be asked and answered in pregnancy. Simply because a technology is available, it does not mean we have a reason to use it. In the same way women are warned of physical harms and risks, they ought to be warned of epistemic risks associated with a given procedure.

Knowledge seeking processes and its product are inextricably linked. Knowledge is a human creation and can only be as good as the efforts that go into attaining it.