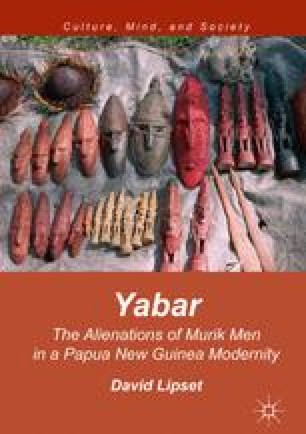 Mobile Telephony in a Peri-urban Setting

Mobile telephones began to be widespread in 2007. The moral status of mobile phones is double-edged. On the one hand, they are used and understood by peri-urban Murik people for culturally defined purposes. On the other, their use encourages the individuation of the subject as well as mistrust in and of modernity. Phones condense space and time, simultaneously integrating Murik society and estranging Murik voices from modernity as they do. The chapter assesses attitudes about and incidents during which mobile phones were used by peri-urban men.

Mobile Phone Moral Agency Trading Partner Mobile Telephone Young Brother
These keywords were added by machine and not by the authors. This process is experimental and the keywords may be updated as the learning algorithm improves.
This is a preview of subscription content, log in to check access.