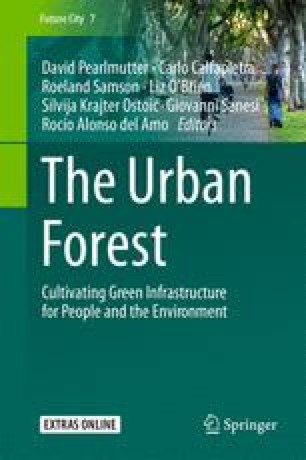 The human population is increasing at an unprecedented rate. Whereas it took over a 100 years for the global population to increase from one billion people in 1804 to two billion in 1927, it took only 12 years for these numbers to rise from 6 billion in 1999 to 7 billion in 2011 (United Nations 2010). At the same time, an inexorable trend toward urbanization has been observed, with the number of people living in cities recently surpassing the number of those in rural environments – and continuing to grow worldwide. Although there are large variations in this dynamic, with the rate of urbanisation in Europe actually holding steady at about 0.3%, cities are becoming more and more important, even at the European level (United Nations 2011). The concentration of people in urban environments has distinct ecological advantages, as it offers possibilities for protecting rural, and especially vulnerable, ecosystems. Moreover, concentrating human activity in a compact built environment can...

Ecosystem Service Street Canyon Urban Forest Urban Ecosystem Cultural Service
These keywords were added by machine and not by the authors. This process is experimental and the keywords may be updated as the learning algorithm improves.
This is a preview of subscription content, log in to check access.