International Communities of Invention and Innovation 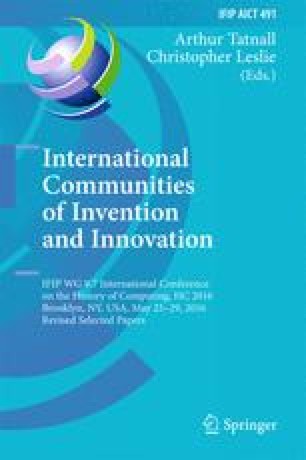 This paper traces the “diplomatic missions” of the RAMAC 305 developed by IBM in California during the late 1950s and instrumentalized as an “animate” ambassador of American computing technology abroad. Specifically, this paper looks at IBM’s exhibit at the American National Exhibition in Moscow (July 1959) and Nikita Khrushchev’s tour to the IBM manufacturing plant in San Jose, California (September 1959) to argue that the RAMAC 305 was envisioned and designed as a modular system of combinable units and peripherals that could be easily—and quite literally—transferred around the world. Ultimately, this work demonstrates how the carefully choreographed exhibiting of Western computing power by American companies like IBM actively accelerated the participation of USSR in global treatises on the fair use of patented information technologies in the decades that followed.