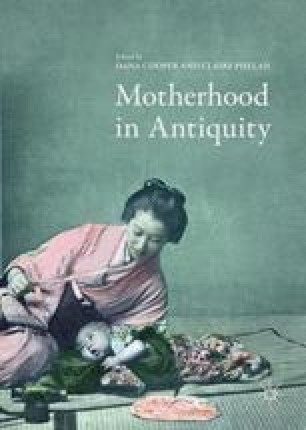 From Cybele to Artemis: Motherhood and Great Mothers of Ancient Anatolia

Since antiquity, Anatolian women’s relationship with religion and religious beliefs reveals characteristics of a multi-cultural, multi-civilizational outlook whose varying norms and traditions clearly manifest a multiplicity of perspectives. Before the adoption of Islam, Anatolian women’s lives were influenced and shaped by the cultural and political ideology of the times from Greeks to Ionians, Phrygians, Romans, and the Byzantine. Following the Ottoman conquest of Istanbul in 1453 A.D. socio-political climate in Asia Minor was relatively changed under the Islamic law, however, non-Muslims were allowed to practice their traditions and religion as long as they paid taxes to the state. Regardless of socio-cultural and political differences from one region to another, women who lived in Anatolia left their stamp on numerous concepts. Their historic legacy of motherhood, impact of goddesses, their worship and rituals, as well as the circuitous ways Anatolian female identity were shaped over the centuries, constitute the central focus of the author's analysis in this work.

Royal Road Stylish Marble Monotheistic Religion Aegean Coast Clay Tablet
These keywords were added by machine and not by the authors. This process is experimental and the keywords may be updated as the learning algorithm improves.
This is a preview of subscription content, log in to check access.