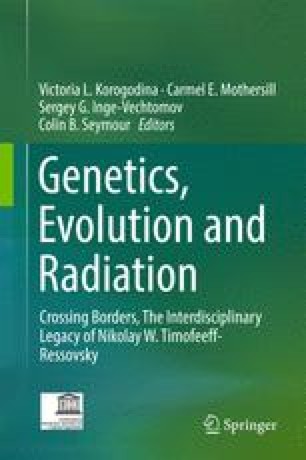 Increased level of various genome disorders (unstable and stable chromosomal aberrations, micronuclei in lymphocytes and erythrocytes , HPRT-mutations) was found in people exposed to low doses of ionizing radiation (clean-up workers from Chernobyl, their children, people, evacuated from radionuclide contaminated regions as well as people who survived irradiation due to nuclear bomb testing or accidental nuclear waste burial). Functional validity of their genome was reduced, which was displayed by its instability, increased radiosensitivity in vitro and elevated accumulation of translocations with the age. A positive correlation between the level of unstable chromosomal aberrations and the frequency of certain diseases was observed. The comparison of the yield of dicentrics after in vitro and in vivo irradiation of lymphocytes showed that cytogenetic reconstruction of dose on the base of in vitro dose-effect calibration curve underestimates the real absorbed dose in the case of protracted exposure. Radiation induced bystander effect was demonstrated on the novel experimental model—mix culture of male and female lymphocytes using two endpoints: adaptive response and spontaneous level of chromosome aberrations. The data obtained provide supportive evidence on the importance of cytogenetic study for estimation of adverse health effect in people irradiated at low doses.

Humans Ionizing radiation Lymphocytes Chromosomal aberrations Genome instability Age Morbidity Dose-response in vitro and in vivo Bystander effect
This is a preview of subscription content, log in to check access.

Partly the investigations were carried out in the framework of the international collaborative projects, as well as National programs and grants of RFBR. The authors are grateful to the scientists who participated in these studies: M. Vorob’yeva, A. Bogomazova, N. Timofeeva, A. Kanaeva and I. Kolesnikova.