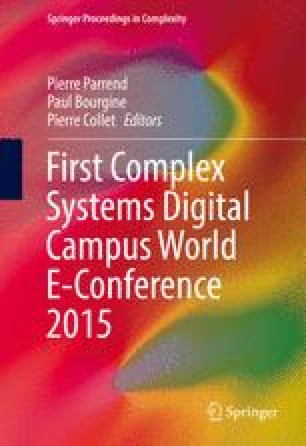 In contrast to terrestrial environments, the open ocean has a dynamics whose timescales overlap with the demography of the organisms it hosts. In particular, the so-called meso- and submesoscale processes (1–100 km, days to weeks) have been shown to play a key role in structuring the distribution of phytoplankton, which forms the large majority of the base of the trophic chain (d’Ovidio et al., Proc Natl Acad Sci 107(43):18366–18370). However, how the (sub)mesoscale turbulence affects higher trophic levels, which have typically swimming capabilities, is largely not known. Here we explore the capability of frontal system to aggregate swimming organisms (fish) by analyzing an idealized model of the stretching region which is often found in between mesoscale vortices. The rationale behind this approach is that an optimal niche for fish, defined in terms of physical properties or prey availability, may shrink with time under the coupled effect of stretching and diffusion. If the shrinking speed is less than the fish swimming capability, fish schools originally dispersed over a wide region may move inside a smaller area, and therefore increase their local density. The model is parameterized for one of the most abundant mesopelagic fish, the myctophid (Irigoien et al., Nat Commun 5:1–10), particularly important in the Southern Ocean, using physical conditions representative of their environment.

Southern Ocean Swimming Speed Unstable Manifold Frontal System Trophic Chain
These keywords were added by machine and not by the authors. This process is experimental and the keywords may be updated as the learning algorithm improves.
This is a preview of subscription content, log in to check access.