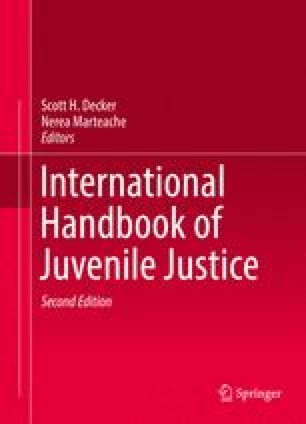 The State of Palestine became party to the International Convention on the Rights of the Child of 20 November 1989 (CRC) on 2 April 2014. Less than 2 years later, on 4 February 2016, President Mahmoud Abbas enacted Decree-Law No. 4 Concerning Juvenile Protection (hereinafter “Juvenile Protection Law” or “the Law”), which set forth the rights of children in conflict with the law and reformed the entire child justice system. The Law incorporated the international standards relating to children as enshrined in the CRC and other soft law rules. The question remains: would the legal texts, as manifested by the accession to the Convention and by the aforesaid Law, be materialized at the institutional and practical levels?

Supra Note Juvenile Justice Juvenile Justice System Criminal Procedure Probation Officer
These keywords were added by machine and not by the authors. This process is experimental and the keywords may be updated as the learning algorithm improves.
This is a preview of subscription content, log in to check access.