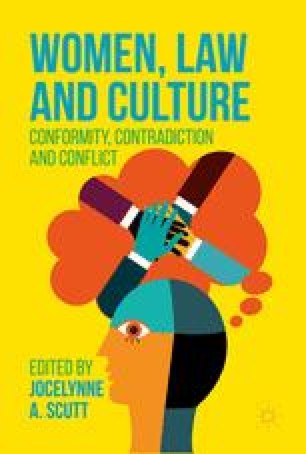 It is beyond wilful blindness, contend Jeanne Sarson and Linda MacDonald, when the political cultural climate wrapped in patriarchy, sexism and misogyny, childism and misopedia intentionally whitewashes and denies the legal right of women to name crimes of violence against them for what they are: non-state torture. It is wrong that women seeking justice for this specific human rights violation of torture perpetrated by private individuals or groups should be denied redress. Sarson and MacDonald’s work is based on 21 years of activism, advocacy and grass roots work supporting women detailing, from their earliest of memories, having survived acts of classic torture victimisation perpetrated within family relationships. By reference to the words of these women, Sarson and MacDonald name these family unit constructions as an organised co-culture whose perpetrators have functioned easily within the mainstream culture and continue to do so. They point out that these family units exist within the perpetrators’ community or expand to national and international like-minded others or groups. They reflect upon their past and present advocacy and activism aimed at ensuring recognition and ending of non-state torture within a Canadian socio-cultural and political climate admitting non-State torture occurs but refusing to specifically criminalise it. Their global action includes presenting a shadow report on non-state torture to the UN Committee against Torture and a recommendation at the November 2014 Geneva non-governmental forum Beijing+20, for recognising non-State torture as a specific human rights crime. Sarson and MacDonald are adamant that continuing activism and advocacy is necessary to ensure non-state torture that is not only recognised as criminal, but also those perpetrating it are subject to law, those having suffered it gain redress and those presently suffering are affirmed by law, culture and society, to end non-state torture.

Female Genital Mutilation Universal Declaration Sexualised Trafficking Special Rapporteur Domestic Sphere
These keywords were added by machine and not by the authors. This process is experimental and the keywords may be updated as the learning algorithm improves.
This is a preview of subscription content, log in to check access.