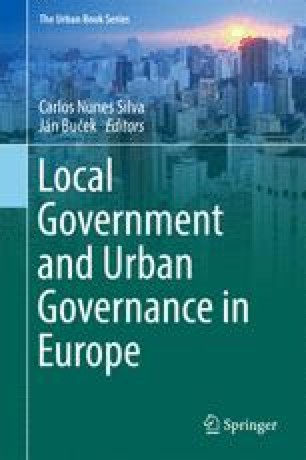 Europe has in 2015 a population of nearly 743 million inhabitants, of which around 74 % live in urban areas, according to the 2014 United Nations World Urbanization Prospects. While the total population in the continent is projected to decrease in the next decades, expected to fall to 709 million in 2050, the same number of inhabitants the continent had in 1985, it will continue to urbanize, and as a consequence, the proportion of urban population is expected to reach 82 % in 2050.1In 2015, Europe has 3 megacities, urban agglomerations with more than 10 million inhabitants, 2 urban agglomerations between 5 and 10 million inhabitants, and 48 between 1 and 5 million inhabitants, a number expected to increase up to 55 in 2050, according to the same United Nations source. These urban patterns and trends differ from country to country and among regions within the European continent and confront local governments in Europe, in different ways, with new challenges and opportunities in the...

European Union Local Government Citizen Participation Direct Democracy Local Election
These keywords were added by machine and not by the authors. This process is experimental and the keywords may be updated as the learning algorithm improves.
This is a preview of subscription content, log in to check access.