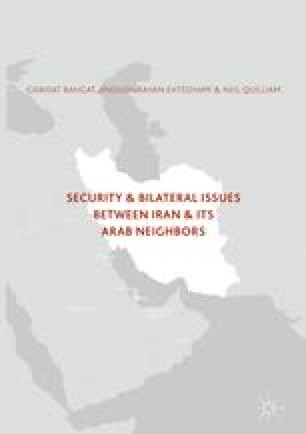 Kuwait’s relations with Iran have been largely shaped by geo-political forces. Kuwait, one of the richest countries in the world, is squeezed between three major regional powers—Iraq, Saudi Arabia and Iran. Furthermore, the country has a large Shiite community (approximately 30 percent). But unlike the other GCC states, the Kuwaiti Shiites are relatively well integrated economically and politically and have few grievances. Geographical and historical characteristics suggest that Kuwait has traditionally perceived Iraq, not Iran, as the main threat to its national security and has sought to defend itself by allying with Arab countries and global powers. This was the Kuwaiti strategy in the 1980s when the country, like the other GCC states, supported Saddam Hussein against Iran. Again in 1990 when the Iraqi president invaded and occupied Kuwait, the USA led an international coalition to defeat Saddam Hussein and liberate Kuwait. Since the early 1990s, the Kuwaiti leaders have sought to maintain a balance, maintaining a certain level of cooperation with Iran while keeping their partnership and alliance with their Arab neighbors.

Saudi Arabia Foreign Policy Middle East Foreign Minister Gulf Cooperation Council
These keywords were added by machine and not by the authors. This process is experimental and the keywords may be updated as the learning algorithm improves.
This is a preview of subscription content, log in to check access.