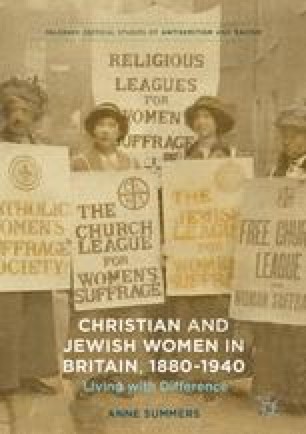 My mother was born in London in 1910, the sixth and youngest child of parents who migrated from the Vilna region in the 1890s. Her grandparents were country people; her father’s journey was prompted, not by pogroms, but by the poverty visited on nine siblings after their father, a blacksmith and woodcutter, died under a falling tree. Rachel Bernstein grew up in a materially poor household. Home was a terraced dwelling with an outdoor privy, but without a room in which to have a bath or shower; the nearest public baths were visited on the eve of every Sabbath. Despite these limitations, my mother’s mother kept a spotlessly clean house in which no cobweb was ever to be seen, and where the laws of kashrut were scrupulously observed. My mother’s mother could neither read nor write, and my grandfather’s studies were (when time permitted) devoted to the Bible and the Talmud. But—and no matter how clichéd this sounds, it is no more than the truth—they valued the education this new world had to offer their children. When my uncle’s schoolteacher visited the house to plead for the boy to be allowed to proceed to degree-level studies at the Regent Street Polytechnic, he was—figuratively—knocking at an open door. When, in 1924, my mother passed the exams which qualified her for a public scholarship, thus permitting her to progress beyond elementary school (the vast majority of British children were then educated only to the age of 14), off she went to Surrey Lane Central School for Girls.

Clean House Central School Public Scholarship Public Bath Country People
These keywords were added by machine and not by the authors. This process is experimental and the keywords may be updated as the learning algorithm improves.
This is a preview of subscription content, log in to check access.