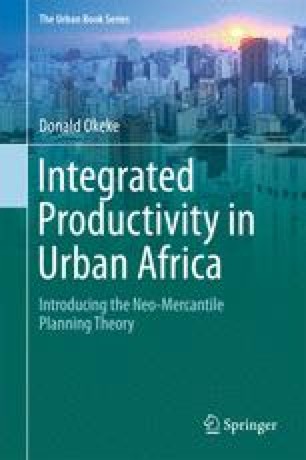 Points of Departure and Major Arguments

The epistemologies of imperial mindset, imperial space economy and imperial cities are critical points of departure in determining the way forward for planning in Africa. The revision of these epistemologies, entrenched under the growing influence of informality, is assumed to be the challenge ahead of planning intervention in Africa. In search of an appropriate planning perspective, this work assumes that form-based planning attributes are not significantly resilient in planning within spatial systems in Africa. Although contrary to current trend, the work argues that in so far as a new spatial planning perspective is without the form element it lacks merit to initiate a theoretical evolution in spatial planning. As such it further argues that formal expertise knowledge should take precedence over informal expertise knowledge in planning. These dispositions point to the need to revisit neoliberalism as development ideology and thinking instrument for planning in Africa.