Search for Dark Matter with ATLAS 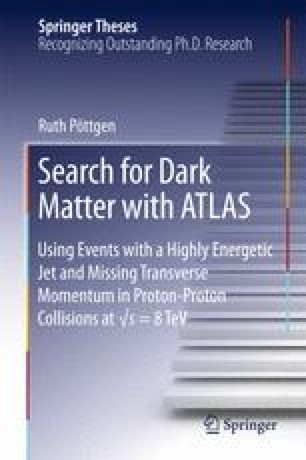 Search for Dark Matter with ATLAS pp 1-4 | Cite as

The idea that all matter is made of not further divisible particles dates back to the greek philosopher Democritus and his teacher Leucippus, who called these fundamental particles atoms. The actual beginning of what today is known as elementary particle physics, however, can rather be placed in 1897, when J.J. Thomson discovered that cathode rays were actually made of negatively charged particles, which he initially called corpuscles (Thomson, Philos Mag 44:293–316, (1897), [1]). He thought of the atom as a “plum pudding”, with the electrons immersed in a positively charged paste.

Dark Matter Large Hadron Collider Atlas Detector Galaxy Cluster Trigger System
These keywords were added by machine and not by the authors. This process is experimental and the keywords may be updated as the learning algorithm improves.
This is a preview of subscription content, log in to check access.