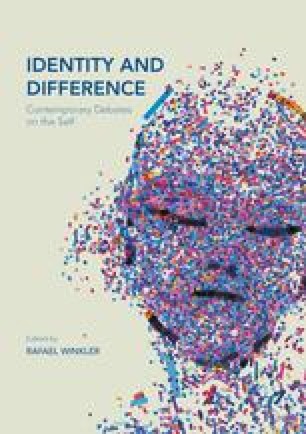 Being My-Self? Montaigne on Difference and Identity

Within the framework of contemporary individualist accounts of identity, the experience of subjective difference that is at the core of human consciousness is considered to be an obstacle to authentic selfhood. The gap between the “I” and its “self” as is obvious from propositions such as “I wasn’t my-self”, “Just be your-self,” etc., is taken to reveal an inner difference or lack of selfhood that needs to be overcome by the individual in order to attain a form of personal identity as the condition for authentic judging and acting.1 A commitment to authenticity supposes that an individual tries to connect as directly and immediately as possible with his inner self. He has to eliminate all differences that may estrange his ego from his self, because as long as there remains a gap between his judging ego, on the one hand, and his self, on the other, there is a possibility that his judgments and acts do not authentically express who he really is; they can, for instance, be influenced, modified or even manipulated by something that is external (heteronomous) to the subject’s inner reflexivity. At least from a popular point of view, such type of thinking has become widespread and seems to correspond with our contemporary views on authenticity and identity. The recent and very “popular mindfulness” movement, for example, urges people to listen to the actual contents of their consciousness through meditation and reflection in order to connect with their true selves, whereas various high schools and universities claim that their educational programs will help students to gain self-knowledge so that they can discover who they really are and what they really want.

Human Nature Good Life Personal Identity Moral Good Public Role
These keywords were added by machine and not by the authors. This process is experimental and the keywords may be updated as the learning algorithm improves.
This is a preview of subscription content, log in to check access.