Photovoltaics for Sustainable Electricity and Buildings 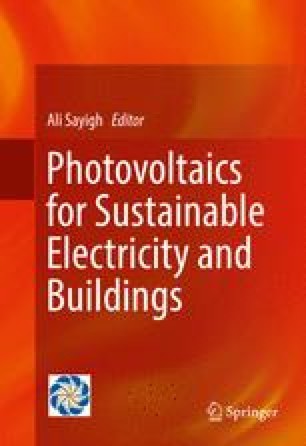 Photovoltaics for Sustainable Electricity and Buildings pp 15-23 | Cite as

The Bell Telephone Laboratories Discovery: Ushering in Our Modern Age of Solar Photovoltaics

The year 2016 marks the 62nd anniversary of this historically significant technical event, the discovery of the modern photovoltaic (PV) device. Bell Labs scientists Daryl Chapin, Calvin Fuller, and Gerald Pearson were not planning to “invent” a device that would revolutionize our energy future. They did not envision that their 2-cm2, 6 %-efficient solar cell would lead to our world of electricity projecting terawatts generated from this simple device. They did not really foresee the surge of manufacturing and deployment in Asia, the embracing of the green energy benefits in Europe, and the paradoxical investment in these technologies by the petroleum-abundant Arab countries—nor the evolvement from those milliwatts of the 1950s to the multi-GW production of today. This paper goes back in time, providing some insights into the Bell Labs activities and the personalities involved—their motivations, their expertise, and especially the environment that spurred their ability to pursue R&D.

The author gratefully acknowledges Dr. Morton B. Prince for his generous guidance, memories, artifacts, and inputs—and who at this time is the last remaining member of the historic team that gave us the modern solar cell. The author also acknowledges the many interviews from the pioneers in PV whose videos formed the basis for the Bell Labs 50th anniversary exhibit that was unveiled in the WCPEC in Osaka, 2004. This paper is partially based upon the research that went into that exhibit and the preparation of Ref. [3] (with colleagues John Perlin and Susan Moon). The author also wants to especially remember the help of Audrey Swenson who provided many of the inside stories of her father (Daryl Chapin)—and also the late John Ditzenberger (RIP 2004), whose down-to-earth descriptions of Bell working environment and the famous trio give insight to the greatness of Bell Labs and the humanity and excellence of Daryl Chapin, Calvin Fuller, and Gerald Pearson.

Cite this chapter as:
Kazmerski L.L. (2017) The Bell Telephone Laboratories Discovery: Ushering in Our Modern Age of Solar Photovoltaics. In: Sayigh A. (eds) Photovoltaics for Sustainable Electricity and Buildings. Springer, Cham. https://doi.org/10.1007/978-3-319-39280-6_2