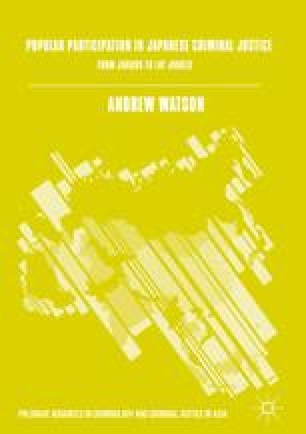 This chapter traces the renewed interest in popular participation in criminal justice, mainly in juries and to a lesser extent mixed courts, which first arose amongst legal academics and then spread, particularly during the 1980s, to lawyers, citizens’ groups, sections of the press and some politicians.

Criminal Justice Public Prosecutor Criminal Procedure Conviction Rate Jury Trial
These keywords were added by machine and not by the authors. This process is experimental and the keywords may be updated as the learning algorithm improves.
This is a preview of subscription content, log in to check access.