Geometry and Quantization of Moduli Spaces 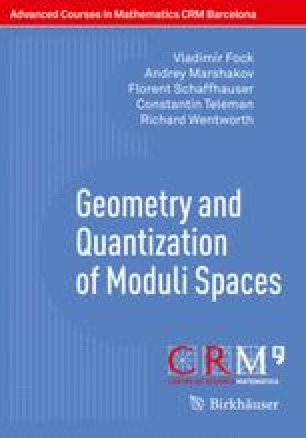 Geometry and Quantization of Moduli Spaces pp 109-164 | Cite as

Topological quantum field theories – TQFTs – arose in physics as the baby (zero energy) sector of honest quantum field theories, which showed an unexpected dependence on the large scale topology of space-time. The zero energy part of the Hilbert space of states does not evolve in time, as by definition it is killed by the Hamiltonian; so, at first sight, its physics appears to be uninteresting. But this argument fails to consider a space-time with interesting topology.

Gauge Theory Modulus Space Vector Bundle Line Bundle Homotopy Group
These keywords were added by machine and not by the authors. This process is experimental and the keywords may be updated as the learning algorithm improves.
This is a preview of subscription content, log in to check access.