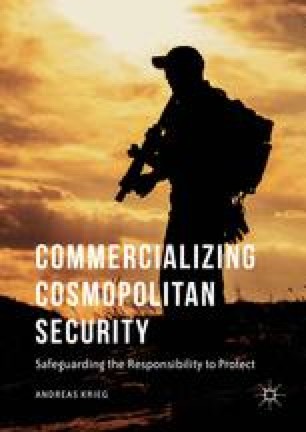 This book has to be read within the context of the changing nature of international relations and warfare at the beginning of the twenty-first century. The meaning of security has significantly changed since the end of the Cold War. Conflicts formerly suppressed by Cold War dynamics have reignited, fuelled by an increased globalization of political, economic and social affairs. Western liberal states find themselves arguably on the winner’s side of both the Cold War and globalization. Nonetheless, the liberal state’s conventional raison d’être of protecting the national interests of its citizens against an external peril threatening the territoriality and integrity of the state, has been undermined by the challenges posed by unconventional conflicts, combatants and strategies. While the world is ‘shrinking’ as ‘part of a process of increasing interconnectedness between societies such that events in one part of the world more and more have effects on people and societies far away’,1 it is difficult for the liberal state to ignore conflicts and threats as being out-of-area—a concept that in a globalized world seems redundant.

Humanitarian Intervention Liberal State Private Market Security Company Democratic Accountability
These keywords were added by machine and not by the authors. This process is experimental and the keywords may be updated as the learning algorithm improves.
This is a preview of subscription content, log in to check access.