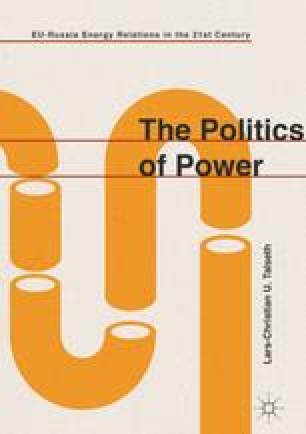 This chapter explores the politics of the EU–Russia Energy Dialogue during its first years, as conflicting narratives came head to head. By politics I mean the ‘competition between competing interest groups or individuals for power and leadership’. Although Bakhtin is best known for his literary criticism, he was nonetheless a profoundly political thinker. His work reflected an inherent opposition towards positivism and political dogma—a fact that made him intolerable for the Communist authorities of the Soviet Union, which suppressed much of his work, and later sent him into exile. Reality, as per Bakhtin, was not unifying truth, but negotiated perception between bodies occupying simultaneous but different space. This could be physical bodies, political bodies or body of ideas in general, such as ideologies. For Bakhtin, the world was a collection of contesting meanings, ‘a heteroglossia so varied that no single term capable of unifying its diversifying energies is possible’. Politics, therefore, is essentially the competition and governance of subjectivities, through varying degrees of heterologue (democracy) and monologue (oligarchy and autocracy), by way of centrifugal and centripetal forces.

Member State Prime Minister World Trade Organization Russian Side Russian Official
These keywords were added by machine and not by the authors. This process is experimental and the keywords may be updated as the learning algorithm improves.
This is a preview of subscription content, log in to check access.